We’re going to make an example extension that adds a basic newsletter system inside of NAV using an Angular component (an open-source HTML editor) inside a JavaScript Control Addin deployed via an extension.

A teaser of the beautiful combination of Angular inside the NAV Client via Extensions that we’ll be building together: 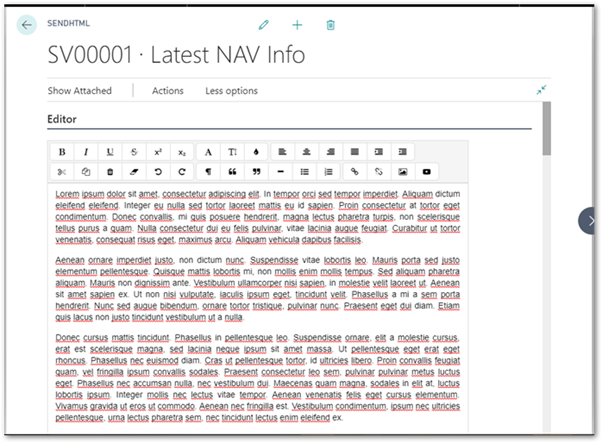 For Angular, you’ll need to install the Angular tools, which are outlined nicely at https://angular.io/guide/quickstart.

The overall process (this will become links as each post is added):

As a Bonus post, we’ll also cover how to handle resizes of the Angular model and how to get the Web Client to resize to reflect those changes.